Get fresh music recommendations delivered to your inbox every Friday.
We've updated our Terms of Use. You can review the changes here.

from Hold Everything Dear by The Mighty Avon Jnr. 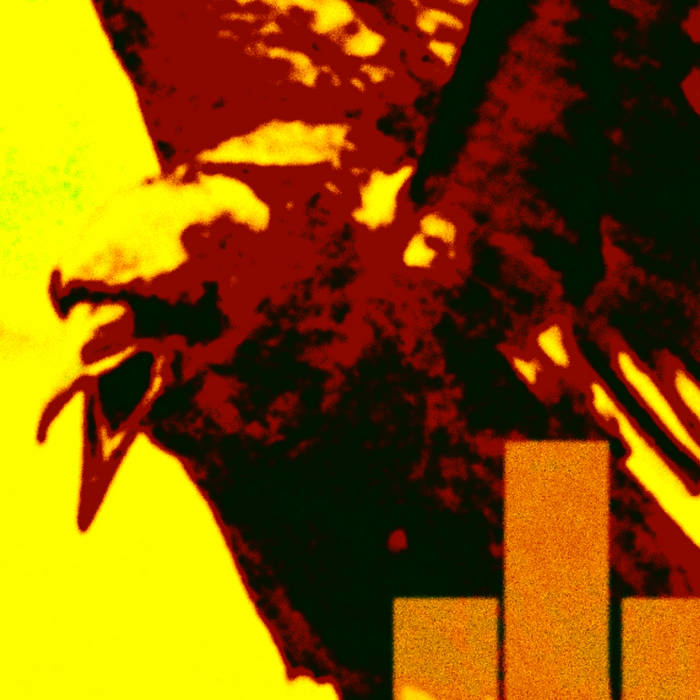 " I came across the work of Emer Martin in a copy of Stinging Fly magazine that a friend left in my flat on a winter evening in 2011.

Leafing through the contents I was struck by the title “going underground” in the novel extracts section as I had previously made a film about the Dublin punk rock scene of the 90s called “The Stars Are Underground”.

Reading the character’s monologue in my kitchen I realised I was speaking it out loud, caught up in the rhythm. The words felt like an anger cheat-sheet and a dark history lesson and I immediately decided to put it to music ”

Under the wild primroses on the hedges.
Under the schools. Under Bridget's cloak.
Under the courts that stole our children.

Under the Chieftains and Druids who sliced our sons' nipples and stuck them face down in the iron-age bog.
Under Patrick's staff that pinned me to the bed where the doctor held me down and attached electrodes to my head.
Under the connivance of monks that took our stories and twisted them into their own.

Under the Vikings who plundered our treasures.

Under the betrayers, the snitches, the deal makers that welcomed our enemies to the shore.

Under the Normans pouring tar at us from their freezing green zone castles.
Under the flight of the Earls who left us to ourselves as if we stood on the edge of the cliffs waving them off, poor miserable peasants that we were.
Come back, oh nobility, come back and fuck us again.

Under Cromwell who scoured the land of us and banished us to stony windy wet mountains where even the sheep lost their footing and plunged into the sea.
Under the Brits who beat our language out of us. Under the landlords who put us on the soft side of the road …..

Under the low lying ever thickening clouds.
Under the blight.
Under the boats shipping corn to England.
Under the deck of the coffin ships.
Under the people of 1916 - Children of the starved who crawled out of the west.

Under Padraig Pearse's gammy eye and bad poetry.
Under the stone yard in Kilmainham, where they tied the wounded James Connolly to a chair and shot him.
Under the Black and Tans.

Under the constant grey - sky.

Under failed negotiations of poor leadership. Under each other now.
Under the Blue Shirts. Under Beal na mBlath.
Under Arch Bishop McQuaid rasping in De Valera's ear in the back of the state car as they made plans for us.

Under the poets who ordered us to open the door without giving us the key.

Under the Sacred Heart offering us his inedible organ pressed with thorns.

Under the singers who made us shiver but would not warm us.
Under the endless decades of the rosary.
Under the museums that hid the Sheela-na -gigs.

Under the pricks of self-loathing men who stuck it into us and condemned us as dirty with their juice.

Under the Virgin Mary who will one day show no mercy to that child in Granard.
She is the one and only,
the Holy and Immaculate Virgin that renders all our mothers whores.


Under the cassocks of the bishops and cardinals and the popes with their useless cocks like ticking metronomes marking out time until the chickens come home to roost.

Under Ben Bulben.
Under the endless verses of rebel songs.
Under the drink.
The poteen that could turn you raw blind, the Guinness that blackens your shit, the uisce beatha that bursts your liver ...

Under the fierce watch of bad nuns who ate their sandwiches and drank their lemonade as the starved children in their care collected turf for their parlors.
Under the solicitors, the guards, the school principals, the doctors, the bank managers,
the decent people of Ireland who you need to sign for your passport.

Under the thud and hum of the laundries.
Under the heaps of banned books from exiled scribblers.
Under the shoeless bloody feet of slave children in the obscene care of the church and state – Uncounted. Lives, like melted snow off a ditch…

Under fairy forts in Meath, the hag stones in Beara, the disappeared Georgian buildings.

Under the UVF, the IRA, the RUC, the INLA, the SAS.
Under the bombs, the assassinations, the murders, the kneecappings, the man who was shot dead outside his house last night.

Under the toll roads that they built to slice through the Neolithic they refused to understand.

Under the tribunals, the confessions, the recessions, the depressions.
The brown bags of money under the tables. Under the triple chins of the dazed fat creatures who sold us to the IMF and went creeping off with huge pensions …

Under the heroin, the flats, the dirty canals, the coke come-downs, the cathedral-like shopping centres, the developers, the bankers, the crap-ugly buildings standing empty, the blank spaces in the sprawling housing estates built on floodplains.

Under your shriveled breast, oh hag, that I sucked and sucked. But it was too late to come to you for nourishment so dried out were you with our neglect.

And when you cried out in pain it was only black crows that squeezed out of your tear ducts and flew at me as I lay in your embrace.
And all of these crows plucked chunks out of me, until I was taken off inside the black noise of that flock in small separate pieces and squawkingly digested and shat out onto the forest floor, and eaten by insects.
Under the canopy of trees, when the insects died and dried up, the soil of this land took me for what it could suck out of me which wasn't much by then,
was it,
oh Ireland ?

I was going underground.

Emer Martin * from the novel Affection of a Hag

from Hold Everything Dear, released September 9, 2018
Performed by: The Mighty Avon Jnr

Irish Filmmaker (The Stars Are Underground, The Master Musicians of Joujouka, The Ex & Brass Unbound, videos for Vijay iyer, The Frames) and musician (80s delinquents The Babysnakes and Dublin punk legends Paranoid Visions) Daragh McCarthy has created a one-man band with a hundred members:
Alternative.
Music from Ireland. ... more